MAKE A DIFFERENCE TO A CHILD'S LIFE TODAY

Principal of Knysna Montessori School, Sonia Heaton, would like to thank the alumni from 2008-2016 for attending the reunion on Monday 30th May 2018 and celebrating this our 10th year of IEB Matric students. It was wonderful to see you all again and to hear all your interesting news and achievements. Special thanks to KMS Staff and Genevieve Walters (parent and trustee) for their work in connecting with so many past students. Gratitude and thanks to the following people, without whom this event would not have been possible: Taddy Beyleveld, Leighann Campbell, Gerhard Claassen, Ilse Claassen, Monica Mqolombeni, Matt and Beverley Brownson, Liezel Brazier, Diniel Weston, Norman Nyirenda, Amos Mateyu, Raphael Nyirenda, Tosh Tame, Thobeka Keke, Leonie Phillips and Portia Booi.

JOSHUA BELL – Grammy award-winning violinist and subject of a Pulitzer prize-winning media story
A world-renowned violinist, Joshua Bell is thoughtful about the role his music plays in society. In a cultural experiment turned Pulitzer Prize-winning Washington Post story, it is Bell’s humility, not his virtuosity, that most inspires. In suspending his fame to explore the true meaning of his work, Bell exhibits Montessori thinking at its best.
“Pearls Before Breakfast” (Washinton Post article)
Wikipedia profile

JEFF BEZOS – Amazon founder
Amazon’s founder, who proudly cites his Montessori roots, is a study in contradictions: analytical and intuitive, careful and audacious, playful and determined. Critics note his extraordinary ability to learn from others, one hallmark of Montessori education.
Business Week article
Wikipedia profile


DAVID BLAINE – Illusionist & magician
David Blaine was a four-year old Montessori student when he fell in love with magic. Today he’s called “the modern day Houdini” by The New York Times, which says, “He’s taken a craft that’s been around for hundreds of years and done something unique and fresh with it… [His magic] “operates on an uncommonly personal level.”
David Blaine proifle
Wikipedia profile

JULIA CHILD – Celebrity chef & author
A student of Mrs Davie’s Montesorri School in Pasadena California, Ms Child exuded a sense of fun and inspired others to try new things in the kitchen. She credits a Montessori background with her manual dexterity—a key feature of her mastery as a chef—and with the love and joy she found in her work.
Wikipedia profile

SEAN “P Diddy” COMBS – Grammy award-winning musician, rap recording artist and ceo of bad boy records
The multi-talented hip hop artist Sean “P Diddy” Combs says he feels fortunate to have attended Mount
Vernon Montessori School during his childhood, recalling that, “I feel like I was nurtured into wanting to be somebody special”.
Wikipedia profile

JOHN and JOAN CUSACK – Actor and screenwriter, and Academy award-nominated actress, respectively
This sister-brother team, each of whom also has a hefty solo reputation, are not conventional heroes. That the former Montessorians’ work is described as “idiosyncratic”, “offbeat” and “fiercely original” is consistent with their belief in “a kind of Joseph Campbell theory of pursuing bliss. Whatever excites you is what you should be doing”.
Wikipedia profile (John)
Wikipedia profile (Joan)

ANTHONY DOERR – Author
This internationally-acclaimed American author was once a Montessori student of Post Oak’s Head of School, John Long. The sense of wonder that infuses his luminous, precisely-crafted prose is evidence of the gifts, and the love of nature, that were nurtured in him from childhood.
Am I Still Here? (video)
Wikipedia profile

PETER DRUCKER – Author, Management consultant, “social ecologist”, awarded the presidential medal of freedom
Peter Drucker, once a Montessori child, is one of the most influential management gurus in history. His work focuses on human relationships as opposed to numbers-crunching; his books are filled with lessons on how organizations can bring out the best in people, and how workers can find dignity and community in their work.
Wikipedia profile


ERIK ERIKSON – Psychologist & author
The Danish-German-American psychologist and psychoanalyst known for his theory on human social development, Erikson may be most famous for coining the phrase “identity crisis”. He found Montessori ideas so compelling that studied them as an adult, acquiring a Montessori teaching certificate but never teaching in a classroom.
Wikipedia profile

DAKOTA FANNING – Actor
This youngest-ever Screen Actors Award nominee, history’s youngest Academy member, recalls: “I learned to read at two…in a Montessori school where they teach you to read really, really young.” Montessori kids are not technically taught to read (reading skills just emerge in the right environment, we think), but they work at their own pace in age-diverse groups—not in curriculum-dictated lockstep with same-age peers. For Fanning, autonomy led to early achievement throughout her life.
Wikipedia profile

ANNE FRANK – Memoirist & author
Anne Frank’s famous diary is a natural extension of her school experience. She—like all Montessori students—learned to cultivate observation skills and record her thoughts in a journal early on. Diary of a Young Girl has been translated into 67 languages and is one of the best loved books in the world today.
Wikipedia profile

KATHARINE GRAHAM – Pulitzer prize-winning author and Former owner & editor of the Washington Post
Crisis forced Katherine Graham to assume control of the Washington Post. Her confidence faltered but—remembering that what matters is how people learn, not what they know—Graham said, “The Montessori method, learning by doing, once again became my stock in trade.” Her reign at the highly-regarded paper lasted more than two decades.
Wikipedia profile

FRIEDENSREICH HUNDERTWASSER – Viennese artist & architect
This world-renowned Austrian painter and architect attended a Montessori school in Vienna, which influenced both his affinity for vibrant colors and his love of nature. He collected pebbles and pressed flowers as a child, demonstrating an early interest in small, precious things—which later manifested itself in his work.
Wikipedia profile

HELEN HUNT – Academy award-winning actor
Helen Hunt, winner of some big time honors (Oscar, Emmy, and Golden Globe all one year—a feat nearly unmatched in history) is one cool Montessorian. Which makes her observation all the more interesting: “If there’s a message, it’s that the unlovable and unattractive parts of ourselves should be embraced. The only real currency between people is what happens when they’re not cool.”
Wikipedia profile

HELEN KELLER – Political activist, author, lecturer, awarded the presidential medal of freedom, one of gallup’s most widely admired people of the 20th century
Maria Montessori said that if, deaf and blind, Helen Keller became “a woman and writer of exceptional culture, who better than she proves the potency of [the Montessori] method?” In her tribute to Montessori, Helen’s teacher observes, “Only through freedom can people develop self control, self dependence, willpower and initiative. This is the lesson Helen’s education has for the world.”
Anne Sullivan’s tribute to Montessori
Wikipedia profile

BEYONCE KNOWLES – Singer, songwriter, actress and fashion designer,16-time Grammy award-winner
In Houston, at St. Mary of the Purification Montessori, Beyoncé’s talents first emerged. In a school that valued both art and academics, a top student and world-class performer was born. Today Beyoncé has been nominated for more Grammys than anyone in history and is one of pop music’s most highly-regarded figures.
Wikipedia profile

YO YO MA – United nations Peace Ambassador, winner of 15 Grammy Awards, Presidential Medal of Freedom & National Medal of the Arts
A child prodigy cellist and Montessori student, Yo Yo Ma learned to early to follow his own interests and think outside traditional definitions. Today, critics call his artistic style “omnivorous” in reference to his versatility, his notably eclectic repertoire and his musical iconoclasm.
Wikipedia profile


GABRIEL GARCIA MARQUEZ – Nobel prize-winning author
Marquez said his Montessori education gave him “the desire to kiss literature” and states, “I do not believe there is a method better than Montessori for making children sensitive to the beauties of the world and awakening their curiosity regarding the secrets of life.”
Wikipedia profile

JACQUELINE KENNEDY ONASSIS – Former first lady and doubleday editor
As a child, the former First Lady attended Miss Chapin’s School for Girls in Manhattan. Miss Chapin was a pioneer in education for girls; she attended Dr Montessori’s New York lectures in the 1930s and enthusiastically included Montessori methods in her classrooms.
Wikipedia profile

SERGEY BRIN & LARRY PAGE – Google founders
“You can’t understand Google,” says Wired, “unless you know [its founders] were Montessori kids… In a Montessori school, you paint because you have something to express or you just want to… not because the teacher said so. This is baked into Larry and Sergey… it’s how their brains were programmed early on.”
Wired article
Wall St Journal article
Breakthrough Learning in the Digital Age (video)
Barbara Walters interview (video)

WILL WRIGHT – Video game pioneer, creator of the Sims
The videogame innovator says Montessori was the “imagination amplifier” that prepared him for creating The Sims, Sim City, Spore and Super Mario Brothers. “SimCity comes right out of Montessori… It’s all about learning on your own terms.”
Montessori: Inspiration for Spore (video)
New Yorker article
Wikipedia profile

The Joy of Learning! 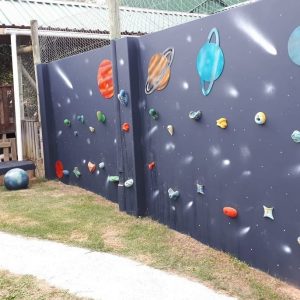 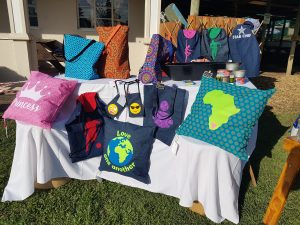